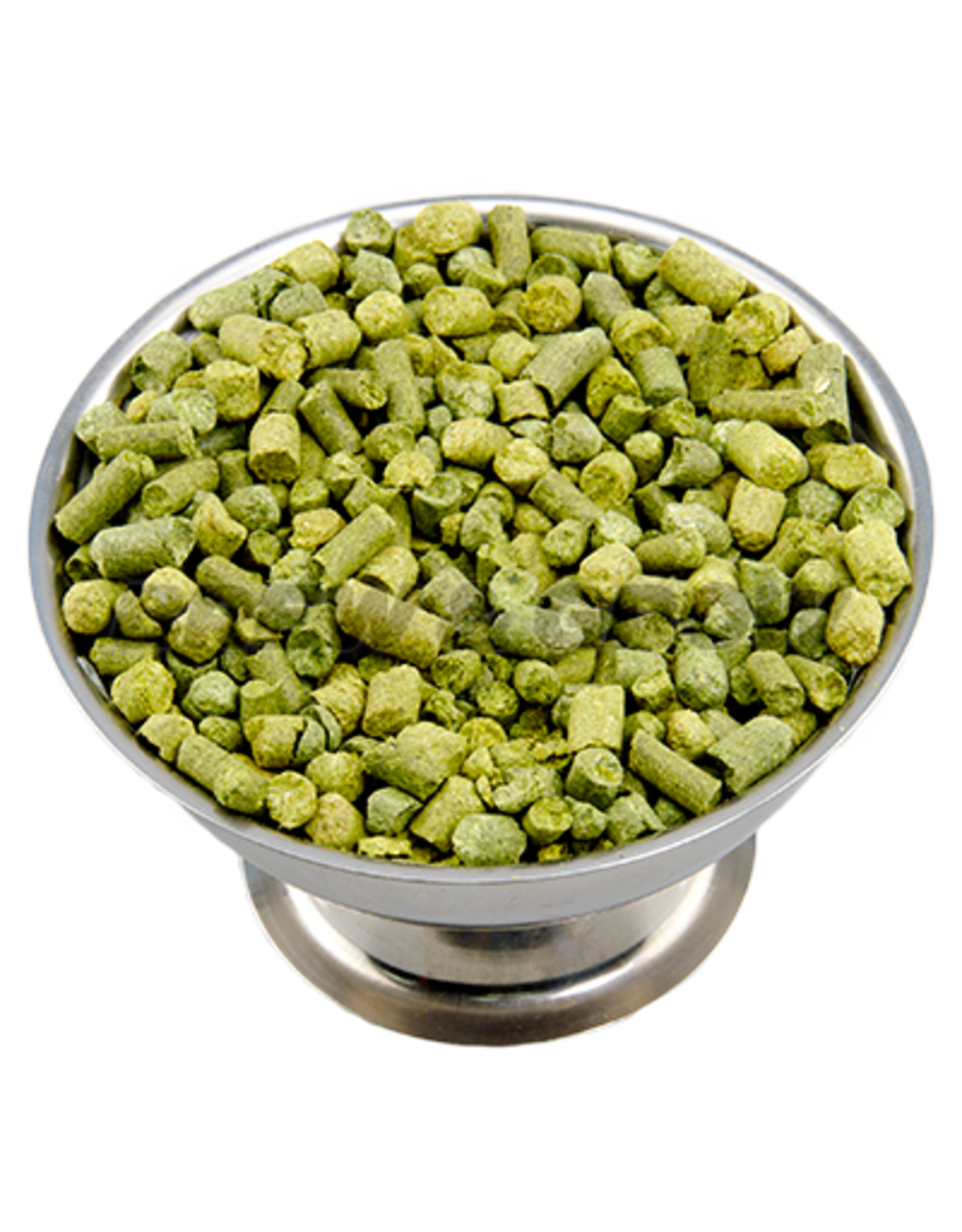 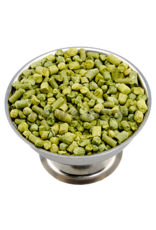 A citrusy all-purpose hop, Centennial's aromas and flavors are reminiscent of a well-ripened grapefruit and/or blood orange. While a good alternative to Cascade, the hop provides an intensely and distinctive floral aroma, quite unlike most other hop varieties. Brewer's Gold makes up 75% of the genetic composition of Centennial, along with Fuggle, East Kent Golding, a Bavarian hop and an unknown variety. Featuring medium intensity aroma with floral and citrus tones, Centennial belongs to the varietals known as the 3 C's along with Cascade and Columbus. Often referred to as Super Cascade due to a heavier citrus aroma, a possible substitute would be a blend of 70 percent Cascade with 30 percent Columbus. Centennial is often found in a wide range of US ale styles, such as, wheat beers, blondes, IPA's Double IPAs and Imperial IPAs. Typical A.A.%: 8 - 11.5% Oil Content: 1.5 - 2.5% Possible Substitutions: Cascade, Amarillo, Columbus and Chinook for bittering. Application Tip: As a great hop for a number of American Ales styles, Centennial provides a classic flavor and aroma in SMASH beers, developing citrusy, piney, resiny and floral notes while used in flavor, aroma and dry hop additions. For Americanized Wit beers, the hop produces distinctly citrusy notes, complementing the coriander and orange peel typically added in the final 15 minutes of the boil. Centennial provides a darker citrusy flavor than Cascades. Centennial and Cascade are often blended together in many styles of American Ale. Combining well with Cascade and Citra, Centennial provides a unique floral citrus facet in IPAs, complementing the gooseberry and lychee of Citra and the bright grapefruit of Cascade.