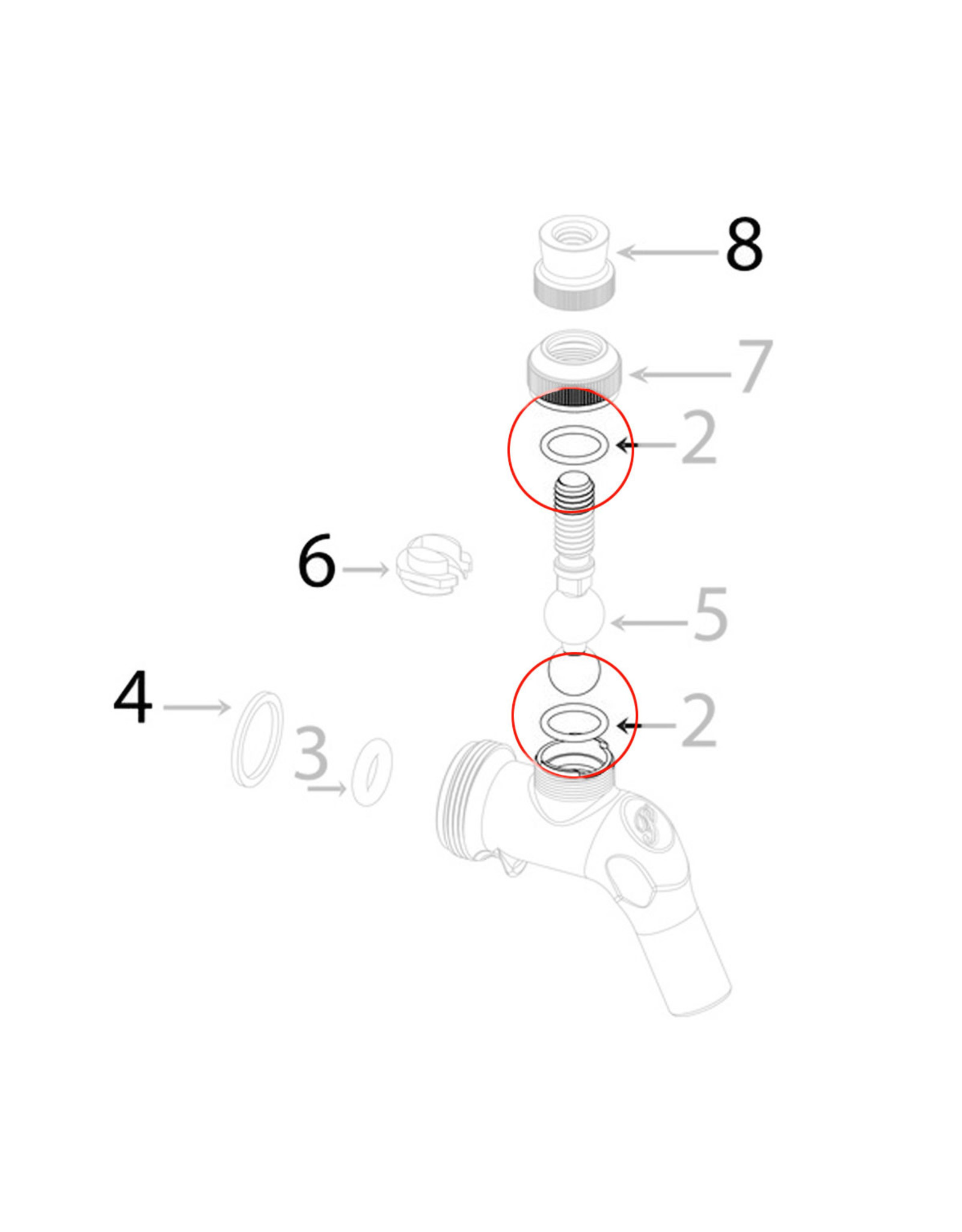 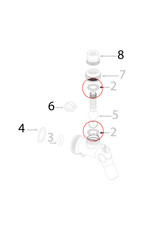 The black rubber O-Ring creates a liquid tight seal between the faucet body and the lever assembly and is seated in the bottom most groove inside the body of Perlick Faucet’s.

If the Perlick Faucet leaks from the nozzle following closure of the handle lever, the o-ring may be worn out and in need of replacement.

To locate the o-ring, remove the handle jacket, compression bonnet and lever assembly from the top of the faucet body. The o-ring will be visible above the main cavity of the faucet.

Perlick O-Ring Lever Seat shown as # 2 in the following diagram.