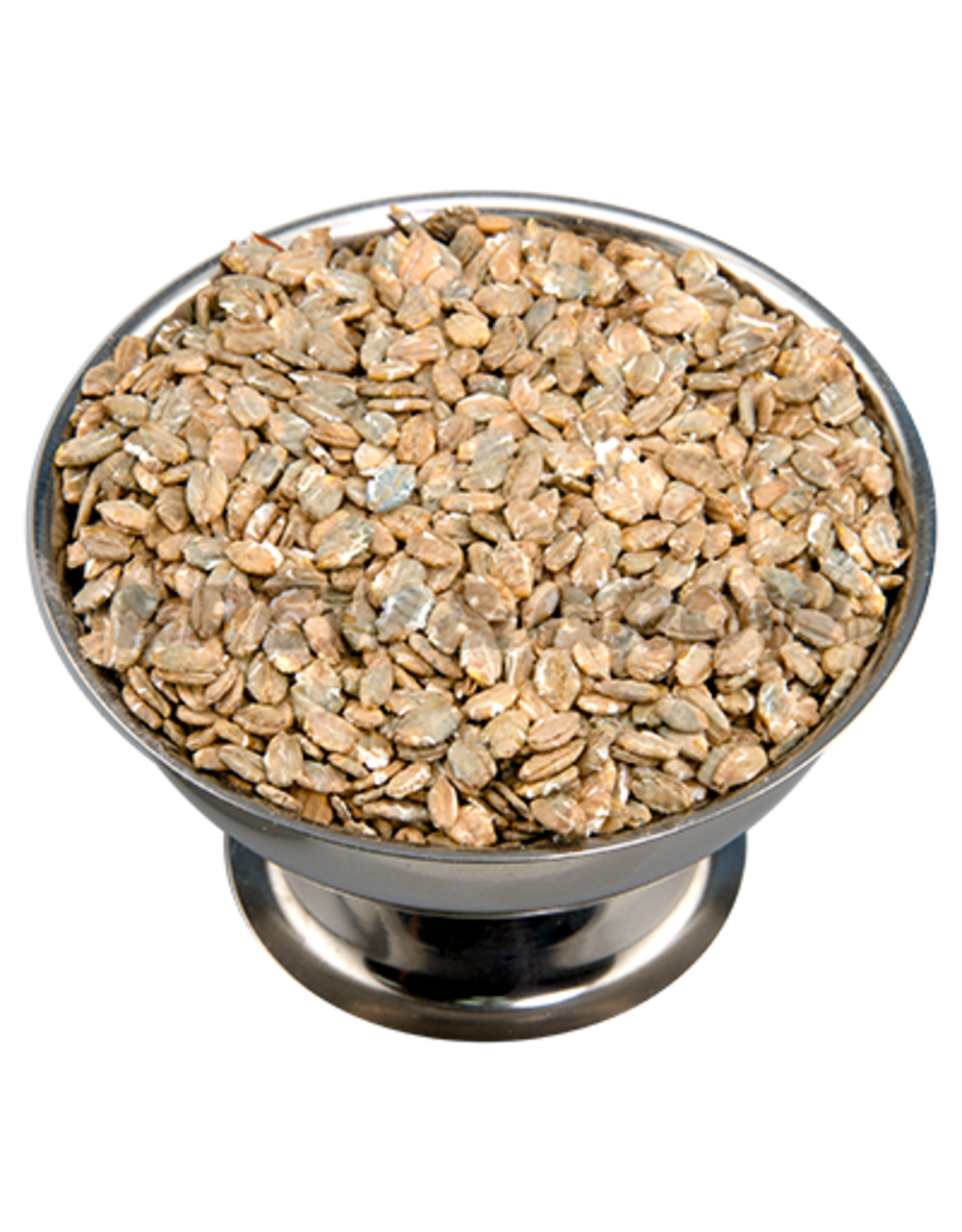 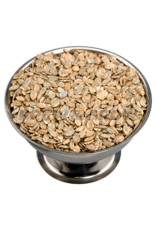 As an alternative to Malted Rye, Flaked Rye is mash ready and does not require milling. The adjunct has gained favor in many styles designed by craft brewers, especially in Rye Pale ale. Adds a strong rye spiciness, s strong cracker type flavor along with a dry, crisp character to the finished beer. Rye is the major grain component of Rogginbiers. Mash Ready Rye Flakes will lend a dry, crisp character and a strong rye flavor. Can be used in amounts of up to 20% of grist total, but 5-10% is preferred.

Many craft brewers use flaked rye or the milled version in popular Imperial styles. Adds a spicy facet to Scottish ales and Pale ales or just about any style. With additions of 20% or more, it is highly recommended to include rice hulls to the grain bill to prevent stuck mashes and facilitate smooth lautering.

Utilize a first wort addition of Cascade Hop to reach 30.7 IBUs. Followed by Newport @ 60 minutes, achieving 14 IBUs. With 15 minutes remaining in the boil, add Cascade hops to achieve 4.3 IBUs. Finally, finish the hopping of the beer with 2 oz. per 5 gallons of wort at flameout.