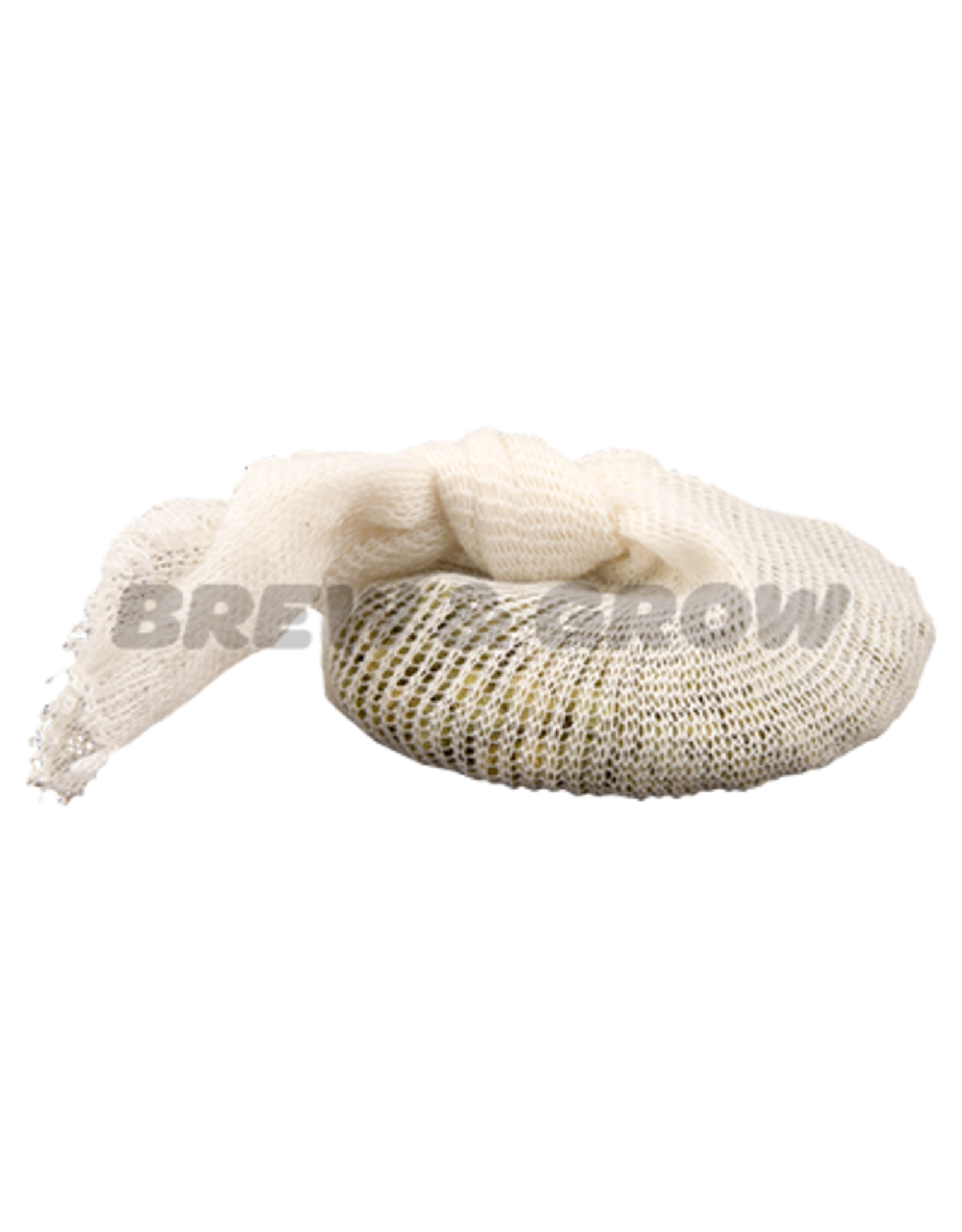 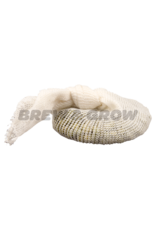 Capable of holding a full 2 oz. of pellet hops, the single use Muslin Hop Bag allows wort to access the hops inside the bag during boiling while limiting the overall amount of free floating debris in the kettle.

Beyond use as a hop boiling bag, the Muslin Hop Bag is a practical tool for containing larger sized spices such as Orange and Lemon peel, Ginger Root … in the kettle during boiling operations.

When adding pellet hops to freshly boiling wort, placing the hops in a Muslin Hop Bag greatly reduces the opportunity for a boil over. By containing hop debris inside the bag, Plate or Counter flow chillers will be less likely to clog during cooling operations.