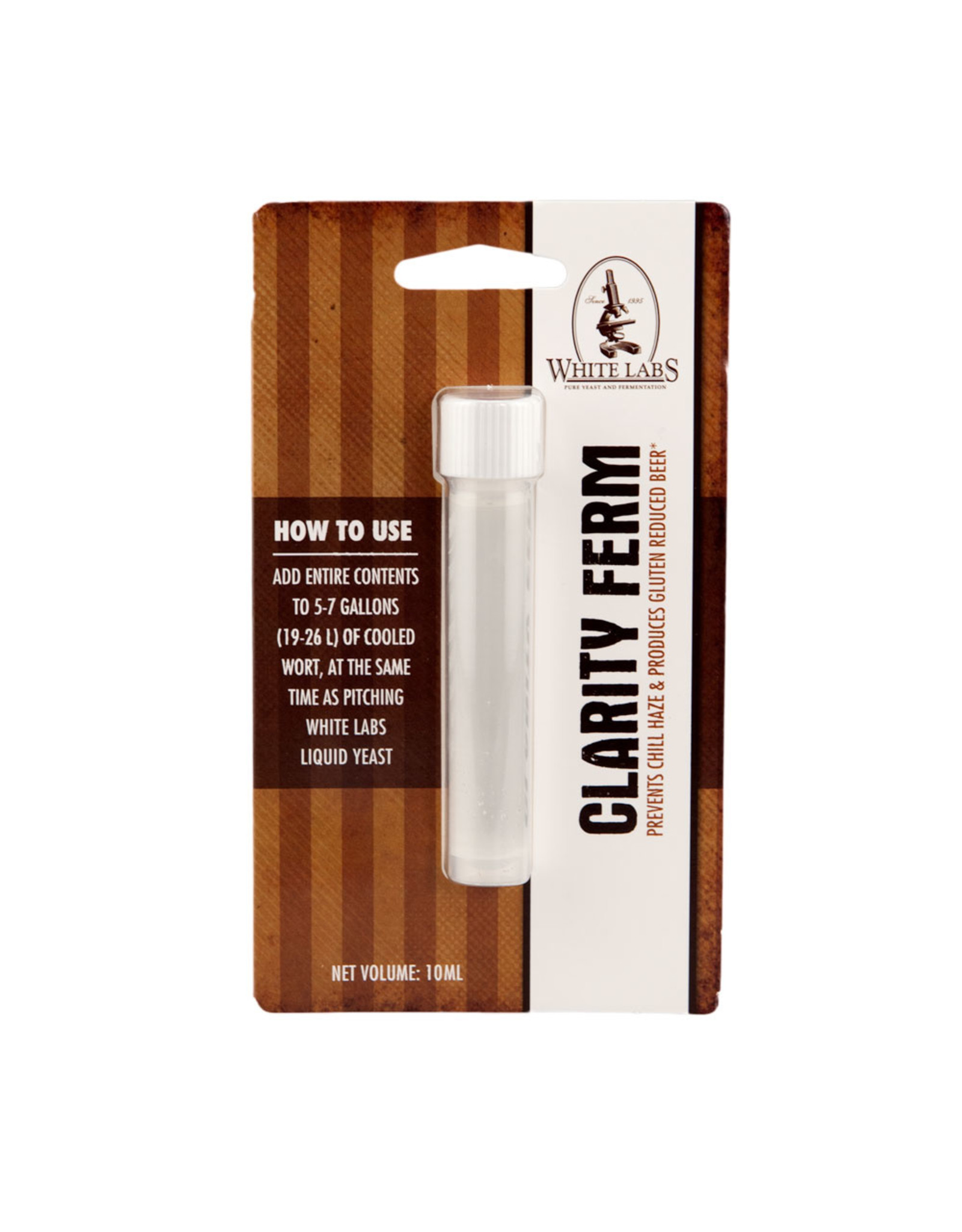 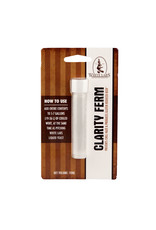 Chill haze in beer results from the precipitation of complex polyphenols and proteins during cold storage. Chill haze develops over time and, initially, is reversible (haze disappears as the temperature of the beer increases). Eventually, chill haze can become permanent.

1) Increases the colloidal stability of beer by reducing chill haze.

2) Reduces gluten in beers made from barley and wheat.

Clarity-Ferm prevents the precipitation of complex polyphenols and proteins by hydrolyzing the sensitive (haze-active) polypeptides. While preventing haze from developing, the specificity of the enzyme ensures no other beer parameters are affected.

Easy-to-use, the enzyme can be used on all types of brewing materials and is a cost effective product, replacing silica gel or PVPP. Added to wort along with the yeast culture, Clarity-Ferm actively reduces chill haze during fermentation.

In addition to eliminating chill haze, Clarity-Ferm significantly reduces the gluten content in beers made with barley and wheat. A Clarity-Ferm treated beer produced with barley and/or wheat usually tests below 20 ppm of gluten.  the current international standard for gluten free. White Labs offers gluten testing for beers, providing brewers with the gluten level of the beers produced.

The TTB has issued interim labeling guidelines for beers made with gluten containing grains, and it states:

"TTB will allow use of the statement 'Processed or Treated or Crafted to remove gluten,' together with a qualifying statement to inform consumers that: (1) the product was made from a grain that contains gluten; (2) there is currently no valid test to verify the gluten content of fermented products; and (3) the finished product may contain gluten."